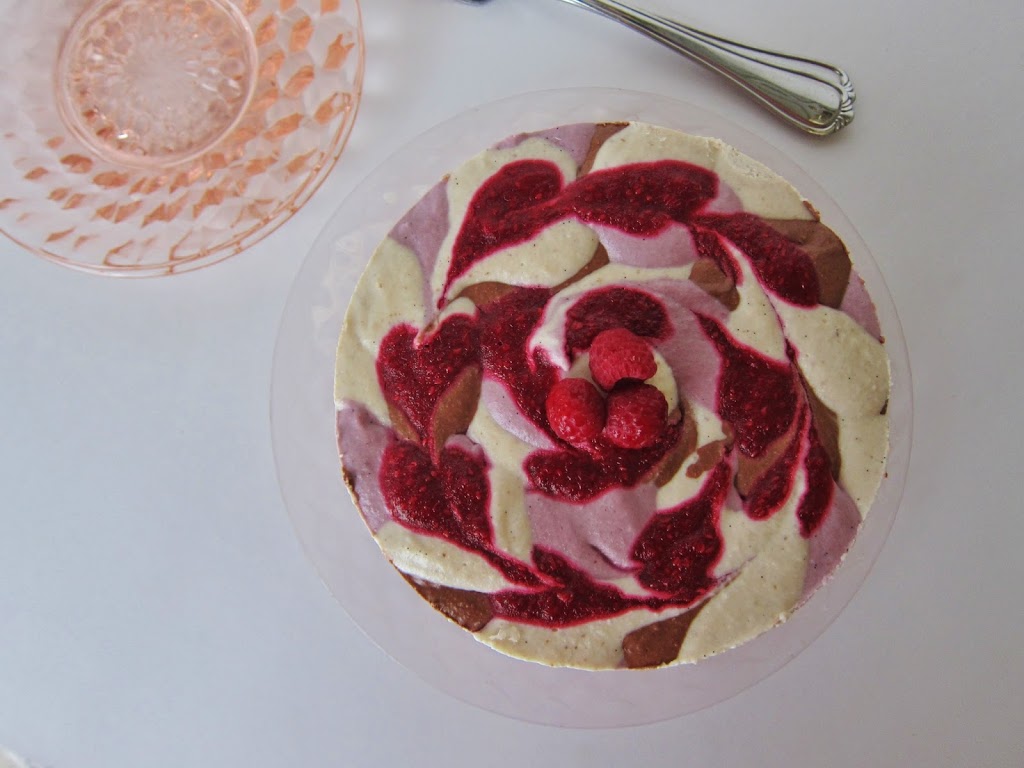 I buy a lot of whole vanilla beans for all of the raw desserts I make, as nothing else compares to their flavor, but one particular time I bought a bag is one of the best memories I have in the past year.  I had bagged up my vanilla beans from the bulk section of the store, and I walked up to the first free cashier who happened to be a very attractive guy.  He said hello, picked up the bag of beans, tried punching in the number for them which was not appearing to work.  He smiled and asked me how much they were and I told him $2 each.  He then punched in $2 and started to continue with the rest of my purchases. I realized that he just sold me $18 worth of vanilla beans for $2, and I told him he had made a mistake.  Looking a little embarrassed, he fixed it and told me it was only his third day at work. We laughed and I left the store, thinking about the guy with the cute smile who tried to give me a heck of a deal.  Turns out that today that guy is my boyfriend Eric, and we always laugh about the day we met and how he tried to give me a heck of a deal on vanilla beans. He is a wonderful person, and I am so grateful to have gone through his register that day and met him.  This weekend I decided to make a cake for us to share in the spirit of Valentine's day (even if we are not celebrating it until later in the week). I thought I would make a chocolate and vanilla raspberry swirl cake.  He loves chocolate, and I think he would put it on just about anything, and I myself am a vanilla sort of girl. It works, we balance each other out when it comes to flavors and life.  When I told him my idea for a cheesecake, he got excited and said, why don't you make hearts on the top with the swirls?  I told him that might be difficult, but I think they kinda did look like hearts! I made a crunchy chocolate crust, chocolate, raspberry cream and vanillla fillings plus raspberry swirl to top it and it turned out pretty delicious!  It was heavenly, and the perfect dessert for a chocolate lover and vanilla lover to share and both be happy. Eric is my number one taste tester and he is such a good sport trying EVERYTHING I make.  Not that it is a hard job for him, he has such a sweet tooth.  Dessert always tastes better when shared with someone you love, and we both loved it!  Hope you all have a wonderful Valentine's day week! 1/2 cup sprouted buckwheat, dried in the dehydrator (or additional pecans)
1/2 cup shredded dried unsweetened coconut
2 Tbsp raw cacao powder
1/8 teaspoon sea salt
10-12 soft medjool dates, pitted and chopped
Filling:
2 cups young coconut meat (or 2 cups soaked cashews, drained)
1 1/2 cups raw cashews (soaked at least 4 hours and drained)
1/2 cup coconut water (or filtered water)
1/2 cup raw coconut  nectar
1/2 cup plus 1 Tbsp coconut oil (warmed to liquid)
1/2 tsp sea salt
1 Tbsp pure vanilla extract and seeds from half a vanilla bean (other half reserved for topping)
1/4 cup fresh organic raspberries (or frozen and thawed, drained well)
3 Tbsp raw cacao powder
Swirl:
1/4 cup fresh organic raspberries (or frozen and thawed, drained well)
1 Tbsp raw coconut nectar
Lightly coat a 6 inch spring form removable bottom pans with coconut oil. To prepare the crust, process pecans, buckwheat, cacao powder and sea salt in a food processor until the pecans are fine crumbs, then add the dates and process until the mixture holds together when squeezed between your fingers (if not holding together, add more dates). Firmly press crust into the bottom of the prepared pan, and set aside.
To make the filling, drain the cashews and combine them with coconut water, agave nectar,sea salt and vanilla in a food processor and blend until smooth and creamy. With the processor running, add the coconut oil, and process for a minute until blended.  Remove the filling from the food processor, and divide into 3 bowls. Add one back to the food processor and add the 1/4 cup raspberries.  Process until smooth and scrape back into the bowl. Add the second bowl of plain filling to the food processor and add cacao powder. Process until well blended and scrape back into the bowl.
For the raspberry swirl, puree the 1/4 cup of raspberries with 1 Tbsp coconut nectar.

To assemble cheesecake, drop half the filling by the Tbspful over the crust randomly alternating between the 3 flavors, raspberry, chocolate and vanilla.  Drop 1/2 the raspberry puree mixture by the 1/2 tspful over the filling in the pan, then drop the remaining cheesecake fillings over it by the Tbspful randomly to fill the pan.  Tap lightly on the counter to level, then drop the remaining raspberry puree by the 1/2 tspful over the top.  Swirl with a knife or a thin stick, and place in the freezer for about 4-6 hours to firm up. Once set, serve! Store remaining cheesecake in the fridge.